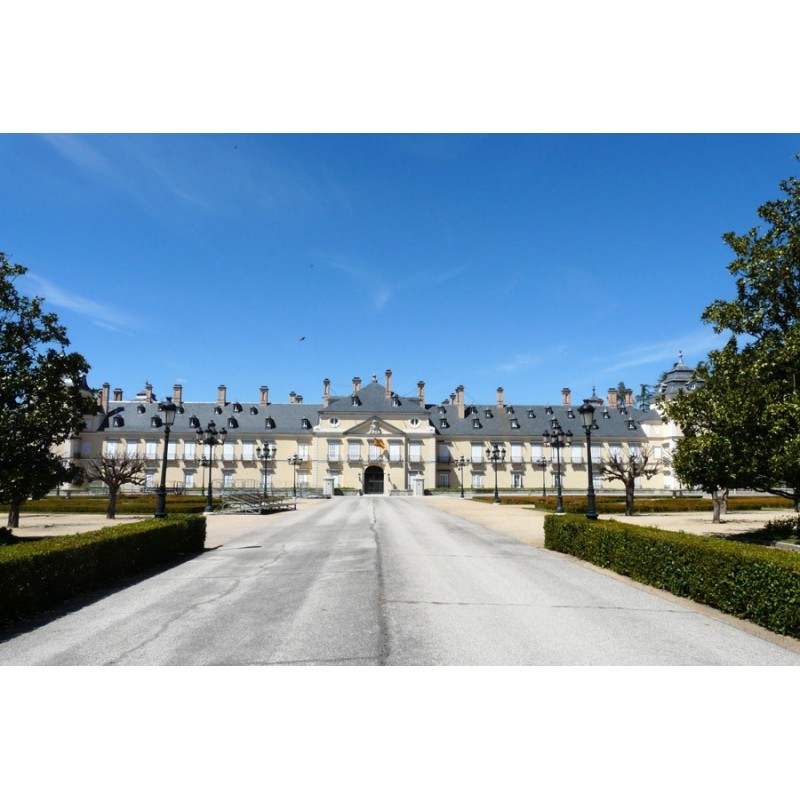 In our guided tour of the Palace of El Pardo, tour their beautiful rooms, whose decor particular note is the fantastic collection of tapestry factory of Santa Barbara, some cartoons by Goya. Visit time: 3 hours (since it goes until it returns to Madrid)

In the Monte de El Pardo, Enrique IV, in the first half of the fifteenth century had built a small castle, Charles I built it in 1553 and was completed in 1558, and during the reign of Philip II. The Palace of El Pardo inherited from its general medieval castle, with towers at the corners and surrounded by a moat. Interior decoration of the Palace of Philip II period, remains a ceiling painted by Gaspar Becerra, and times of Philip III, paintings like those by Carducho and Cabrera. The interior decoration of the Palace of El Pardo has as its protagonist the tapestries, woven at the Royal Factory of Madrid, according to models of the compositions painted by Bayeu, Castillo, and especially by Goya, that this palace made ​​five of his series more known. Among the outstanding works of art preserved the portrait of Isabel the Catholic John of Flanders and the Portrait of Don John of Austria on horseback Bank as well as important pieces of furniture of the eighteenth and nineteenth centuries. Since 1983 has been suitable as a residence for foreign heads of state on official visits. Hours of the Palace of El Pardo jQuery(document).ready(function(){ var MBG = GoogleAnalyticEnhancedECommerce; MBG.setCurrency('EUR'); MBG.addProductDetailView({"id":0,"name":"null","category":"null","brand":"","variant":"null","type":"typical","position":"0","quantity":1,"list":"product","url":"","price":"0.00"}); });